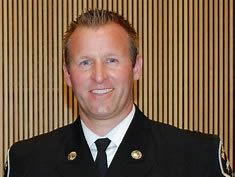 Lieutenant Kirk Robinson joined the Bothell Fire Department in April 2001 and traveled to New York City to assist in the aftermath of 9/11 just five months later. In 2005, he was deployed to help those devastated by Hurricane Katrina. In addition to his work with Bothell Fire, Robinson served on water rescue teams, the honor guard and Mercer Island, WA Marine Patrol. Every year he participated in the Seattle Firefighter Stair Climb, and helped organize annual department fundraisers. 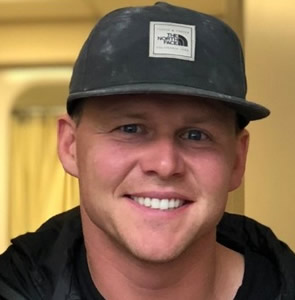 Jerry was diagnosed with mesothelioma August 10th, 2018. He started his career as a firefighter in the Air force. Then, after departing his military service, he worked as a medic in Eastern Washington and Idaho. From there, he moved to Cottage Grove Oregon as a Fire Medic where he spent 8 years. Jerry now works as a Medic Lieutenant on one of the Fireboats for Portland Fire and Rescue and is a well respected veteran of this department for the past 19 years.

The news of Jerry’s cancer was devastating to his family and the Portland Fire and Rescue department. Mesothelioma was not considered presumptive so time off and bills were originally his responsibility. Several fundraisers were started to assist with medical expenses which the city and his insurance would not cover. Jerry was forced to seek alternative methods of treatment and endured multiple tests for which he was responsible for payment. 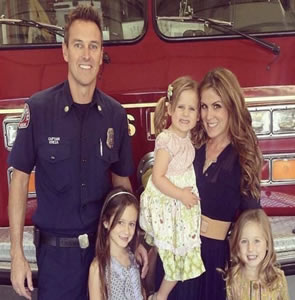 Mike Kreza was an 18 year veteran of Costa Mesa, CA Fire & Rescue. Known as ‘Ironman Mike’ by members of his department, the 44 year old Kreza was training for a triathlon when he was stuck on his bike by a suspected DUI driver. He is survived by his wife and three young daughters.

According to Costa Mesa Fire Authority President, Captain Rob Gagne, “Mike exemplified what it means to be a loving husband, father and he was as solid as they come while performing his job.”

Joe Loveless started as a volunteer firefighter for Roy and Graham Fire when he was 16 years old. He was hired in Lakewood, WA on March 1 1979 and retired May 31, 2010 with 31 years of service.

Joey has been diagnosed with Recurrent Squamish Cell Carcinoma stage 4 throat cancer. Recently, 30 members of Local 1488, West Pierce Professionals Firefighters replaced the entire roof of the Loveless home in a day and a half. Lionhardt was proud to support their tremendous efforts by paying for materials.

Captain Yamakawa was recently struck with sudden onset Congestive Heart Failure that nearly cost him his life. At age 49, Rob will no longer be able to work as a Firefighter in the same capacity, and may require extensive Heart Surgeries and Rehabilitation in the future. Rob and Kristine have two young boys and are in need of our support.

Rob is a true servant of others, whether he is coaching youth sports, saving lives on the job, or creating a charitable organization to help others. Rob was the driving force and founder of the Anaheim Firefighter Relief Association, which was established to assist our members in their time of need.

John is no longer able to do the job he loves to do. His family has had to move into a one-level home. The medical bills are multiplying. Caregiving and equipment costs are prohibitively expensive.

John has helped countless members of our Ventura City community. Now he and his family need our help so he can access vital care. 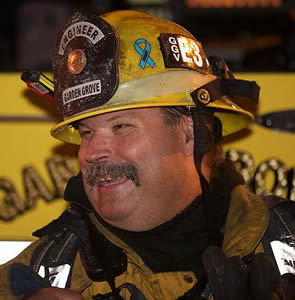 During a two hour firefight in 105 degree heat…my life changed with the reading of a heart monitor strip. I found myself in the hands of our own paramedics…going code three to the hospital.

My cardiologist’s diagnosis - acute heart failure. My ventricle was only pumping at about 20% when normal ejection fraction is 50-70%. Since then, my family & I have been on a long, uncertain road of medical appointments, medications and adjustments that accompany the recovery process. My time being off has been taxing on the family and finances.

I’ve worked with Mr. Gannon Eckhardt in the same department for many years. He witnessed my ordeal from day one and approached me. I knew his brother had passed from cancer, and that Lionhardt.org had been formed. Mr. Eckhardt helped me get through a difficult recovery time, and Lionhardt generously awarded me and my family a donation that helped us financially. After five months of rest and therapy, there has been improvement. I have an optimistic outlook for recovery. And, I am very thankful to Lionhardt for their gracious donation. 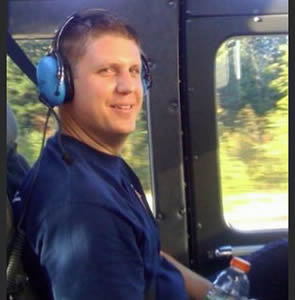 Over the years, Donovan earned many accolades for his work in the fire service. He was always a strong supporter in the fight against cancer and participated many times in the Scott Firefighter Stair Climb in honor of his father. He was most recognized for his pure heart, willingness to help those in need, and putting others first. Tall and broad shouldered, he was truly a gentle giant and set the standard as a "Fireman's Firefighter."


A Hero's Send off

On August 24th, 2015 Donovan Eckhardt shared a room full of family and friends to join him during his passing day. He passed peacefully as one should but leaving behind a family, friends and the many men he spent his life saving lives with. He may be gone in the physical form but his memory will live on, in all of us, forever. You'll be forever missed, but never forgotten.